'And now about business,' said the beadle, taking out a leathern pocket-book. 'The

'Bless him!' interposed Mrs. Mann, inflaming her left eye with the corner of her

'And notwithstanding a offered reward of ten pound, which was afterwards

increased to twenty pound. Notwithstanding the most superlative, and, I may

say, supernat'ral exertions on the part of this parish,' said Bumble, 'we have never

been able to discover who is his father, or what was his mother's settlement, name, or

Mrs. Mann raised her hands in astonishment; but added, after a moment's reflection,

'How comes he to have any name at all, then?' The beadle drew himself up with

great pride, and said, 'I inwented it.'

'I, Mrs. Mann. We name our fondlings in alphabetical order. The last was a S,-

Swubble, I named him. This was a T,--Twist, I named _him_. The next one comes

will be Unwin, and the next Vilkins. I have got names ready made to the end of the

alphabet, and all the way through it again, when we come to Z.'

'Why, you're quite a literary character, sir!' said Mrs. Mann.

'Well, well,' said the beadle, evidently gratified with the compliment; 'perhaps I may be.

Perhaps I may be, Mrs. Mann.' He finished the gin-and-water, and added, 'Oliver being now

too old to remain here, the board have determined to have him back into the house and I

have come out myself to take him there. So let me see him at once.'

'I'll fetch him directly,' said Mrs. Mann, leaving the room for that purpose. And Oliver,

and hands, removed, as could be scrubbed off in one washing, was led into the room

by his benevolent protectress.

'Make a bow to the gentleman, Oliver,' said Mrs. Mann. Oliver made a bow, which was

divided between the beadle on the chair, and the cocked hat on the table. 'Will you go

along with me, Oliver?' said Mr. Bumble, in a majestic voice.

Oliver was about to say that he would go along with anybody with great readiness,

when, glancing upward, he caught sight of Mrs. Mann, who had got behind the beadle's

chair, and was shaking her fist at him with a furious countenance. He took the hint at

once, for the fist had been too often impressed upon his body not to be deeply impressed

upon his recollection. 'Will she go with me?' inquired poor Oliver.

'No, she can't,' replied Mr. Bumble. 'But she'll come and see you sometimes.'

This was no very great consolation to the child. Young as he was, however, he had sense

enough to make a feint of feeling great regret at going away. It was no very difficult

matter for the boy to call tears into his eyes. Hunger and recent ill-usage are great

him a thousand embraces, and what Oliver wanted a great deal more, a piece of bread

and butter, less he should seem too hungry when he got to the workhouse. With the slice

of bread in his hand, and the little brown-cloth parish cap on his head, Oliver

was then led away by Mr. Bumble from the wretched home where one kind word or

look had never lighted the gloom of his infant years. And yet he burst into an agony

of childish grief, as the cottage-gate closed after him. Wretched as were the little

companions in misery he was leaving behind, they were the only friends he had ever

known; and a sense of his loneliness in the great wide world, sank into the child's hear

for the first time.

This extract was drawn from https://www.gutenberg.org/cache/epub/730/pg730.txt

almost no restrictions whatsoever. You may copy it, give it away or

with this eBook or online at www.gutenberg.net 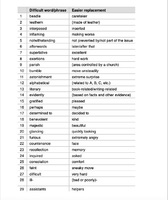